I and my group of buddies were celebration the new year of 2009 ultimately. The whole New Year Celebration journey last approximately 28hours continuously. LoL. The celebrations schedules as well as happening are as below:

Planning to grab the discount from Baskin Robin, as well as eat Pizza in MP,  Melacca.

*No pizza eat, cause shop closing -.-

*No buy ice cream, cause too many ppl in Baskin Robin. -.-

Went to for dinner.

Toward to JStreet for countdown.

Decided to leave JStreet and planned toward pub.

Decided to find a place for eating, after noticed that pub closing.

Settled down at Indian stall at Melaka Raya.

* Had my nasi goreng ayam tak mau pedas . hehe ( but the orders of my friends seem being ignored as they are really busy)

Decided to switch place for eating, as the Indian stall servants keep ignored us.

*Ordered myself Dry fish-ball noodle for my 2nd round eating… hehe..

Don’t know why majority seem to be very energetic, and  decided to continue celebration in GoGo KTV, jeti Malacca.

Reached GoGO KTV, but they were still closing. 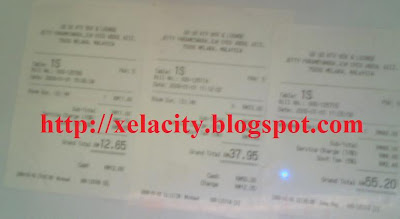 Entered GoGo KTV, and be their 1st group of customer in Year 2009.

*GoGo KTV’s boss promised to give us 1 hour free seen we had became the 1st group of customer in year 2009 for them.

Left GoGo and let traffic police caught as all back seats’  belt were not in used.

Went to Batu Berendam and had 4 dishes dinner.